Lakshmipur district is located in the south eastern part of Bangladesh. The region was a part of the kingdom of Bhulua at the beginning of the thirteenth century. Lakshmipur is said to have been a military outpost during the Mughals and East India Company period. From the sixteenth to the nineteenth century this area used to produce huge quantity of salt and cotton based high quality fabrics and exported also. Formerly Salt house and Joss houses of East India Company control these businesses. The inhabitants of this region had important role in the indigo resistance movement, Sannyasi uprising, Swadeshi movement, Debt Arbitration Movement etc. During the Swadeshi Movement great soul of the subcontinent Mahatma Gandhi visited through the district and stayed at Kafilatali Akhra and at Sreerampur Royal Palace in Ramganj. Our national poet Kazi Nazrul Islam visited Lakshmipur town in June 1926. On this occasion, a silver plate and a silver cup were presented to the poet on behalf of the inhabitants of the town. After the liberation of Bangladesh current Lakshmipur district was formed in 1984. Lakshmipur District is bordered by Chandpur district to the north, Bhola and a part of Noakhali district to the south, Noakhali district to the east, Bhola and Barisal district to the west. The area of Lakshmipur is 1440.39 Sq Km. It is under Chittagong Division. There are 04 Municipalities in Lakshmipur named Luxmipur, Ramgonj, Raypur and Ramgoti. The number of Upazilla (sub district) in Lakshmipur district is 05, named- Luxmipur, Ramgonj, Raypur, Ramgoti and Kamal Nagor containing 58 Unions, 455 Mauzas and 547 Villages. The total population of Lakshmipur district is 17,29,188. The postal code of Lakshmipur district is 3700 and NWD Code is 0381. Total Parliament seat in Lakshmipur is 04. During the liberation war, Lakshmipur was under Sector Number 02. There are many rivers in Lakshmipur and some of them are: Meghna, Dakatia, Katkhali, Rahamatkhali, Vulua, Jarirdona etc. Total river area of the district is 118 Sq Km which is about 23% of the total area of the district. 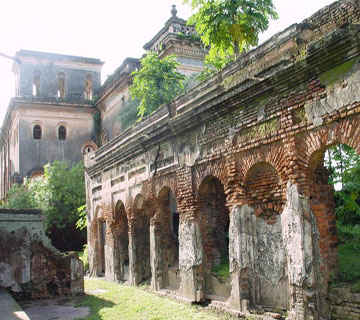 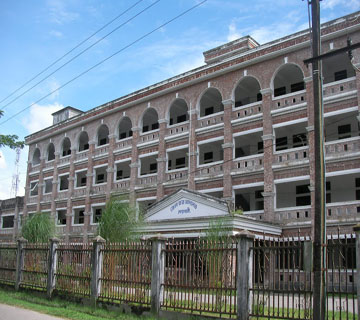 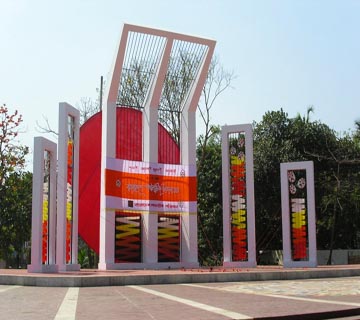